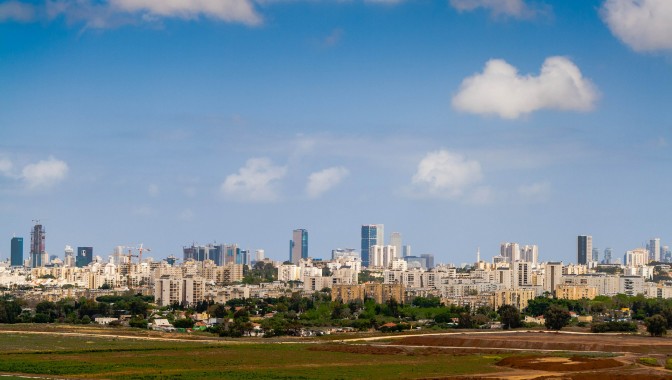 Tel Aviv Jaffa is a city that lives 24/7. A unique combination of an old city – the port of Jaffa mentioned in the Old Testament as the sea gate of Jerusalem and a city that just a few years ago celebrated the 100th anniversary – this is one of the must see destinations in Israel.

In 1909, sixty-six wealthy families of European Jews gathered on the sandy Mediterranean coast near the town of Jaffa to share land they collectively purchased. There’s an old Jewish saying that says that two Jews have three opinions, so the fair split of the land was carried out with the help of sixty-six white shells on which they inscribed the family surnames, and sixty-six gray shells with the numbers of the plots . Believe it or not, this is how life began in the city quart called Ahuzat Bait, which gradually grown in the city of Tel Aviv that we all know today.

Tel Aviv was the first Jewish city, and soon after its foundation attracted a large number of new residents.

The name itself indicates something old (tel in Hebrew meaning a hill as a result of demolition of invaders and the second word in its name aviv – meaning spring).

Tel Aviv itself has “only” 411,000 inhabitants, but with neighboring cities that are located just across the street (Givataim, Ramat Gan, Bnei Brak, Holon, Bat Yam, Ramat Hasharon, Herzliya, Or Yehuda, Givat Shmuel and Kiriath It) has almost one million inhabitants. The wider metropolitan area of Tel Aviv, which includes the cities of up to fifty kilometers away from the Tel Aviv and who gravitate towards city reaches a number of approximately 3,642,000 inhabitants, which is almost 45% of the total population of Israel.

If you want to visit Tel Aviv with an experienced tour guide, look for contact information of Tanya Ben Haim Marčetic in the contact section of the website and make your tour of Israel a unique experience that you’ll never forget!